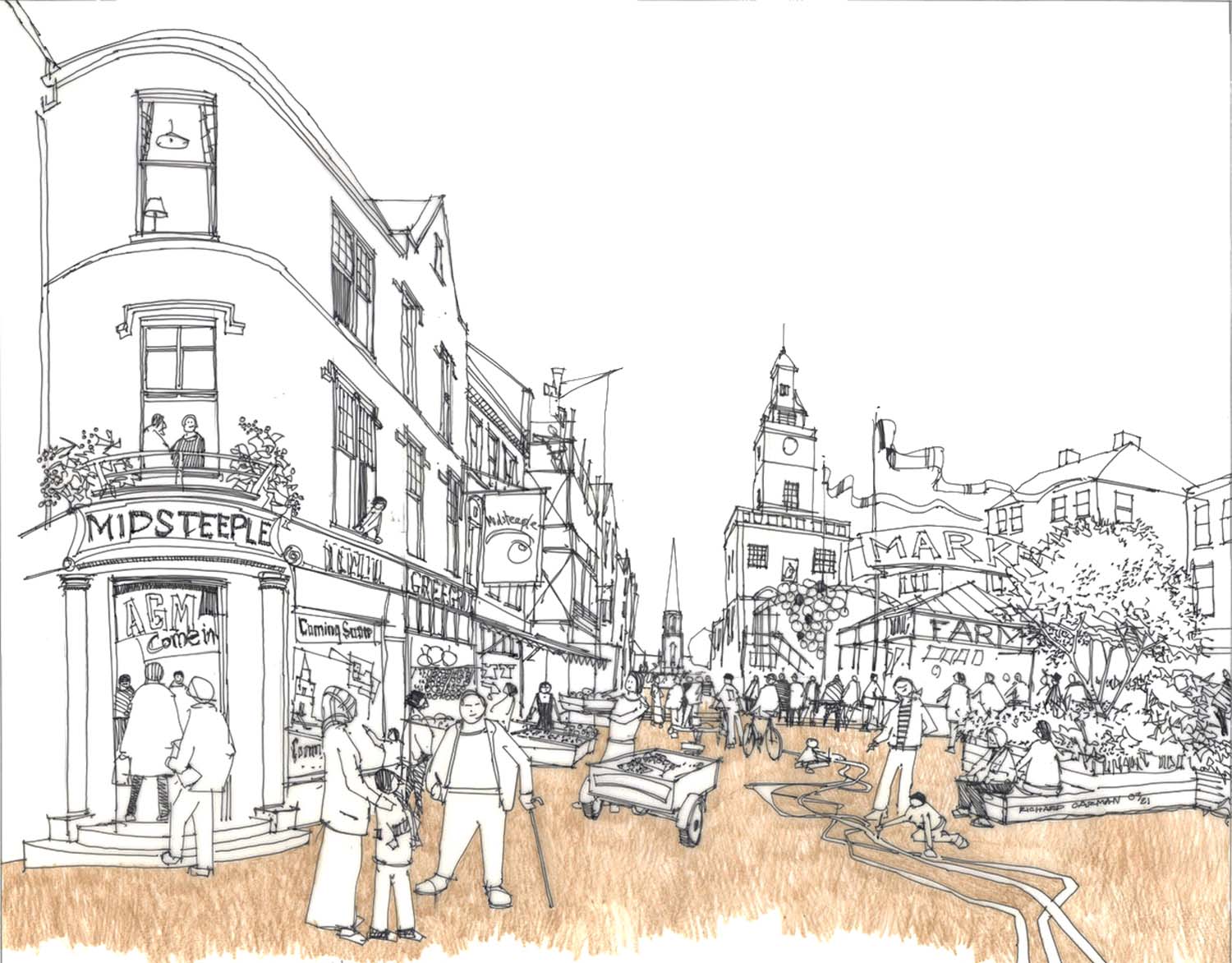 Media release (07/11/21): Seven Scottish towns have been chosen to help tackle the impact of climate change and secure a just transition to net zero.

The towns were announced by Richard Lochhead, Minister for Just Transition, Employment and Fair Work, on Sunday 7 November 2021.

The Climate Action Towns initiative is a Scottish Government-funded project delivered by Architecture and Design Scotland, Scotland’s design agency. It is aimed at supporting towns to tackle the impact of the climate emergency.

The project will work with local people and organisations in small towns across Scotland to empower and support communities to take ‘place-based’ climate action.

They will do this in a way that takes account of the unique challenges and opportunities each town faces.

Richard Lochhead, Minister for Just Transition, Employment and Fair Work, said: “We all have a part to play in tackling the climate emergency.

“The Climate Action Towns project aims to support and empower communities to have a say on how their local area should change as part of a fair and just transition to net zero.

“I look forward to seeing how the towns that are taking part rise to the challenge and find ways that will not only make a difference locally but to Scotland and indeed the world.”

Jim MacDonald, Chief Executive of A&DS, said: “The climate emergency demands urgent action from us all.

“For Scotland to adapt to the impacts of climate change, we are all going to need to work together to adapt the ways we live, work, play and move in our cities, towns and villages.

“Considering that half of Scotland’s population live in towns, it is vital towns are a key focus in the fight against climate change.”

The towns involved in the Climate Action Towns project are:

The power of place-based action

The Climate Change Committee (CCC), the UK’s independent adviser on tackling climate change, has estimated that more than 60% of the changes required to reach net zero will be, at least in part, behavioural or societal.

For this reason, Climate Action Towns is focusing on the power of place-based action, which can include a wide spectrum of approaches such as:

The Climate Action Towns work will build on and be informed by the eight principles of a carbon conscious place.

Developed by Architecture and Design Scotland, the eight principles offer illustrated examples to help guide and inspire people to support a whole-place approach when responding to the climate emergency.

The project will be driven by collaboration between local people and agencies, and their collective vision of what their climate-ready town looks like.

The outcome of the work with the towns will be used to outline learning for inclusive climate action at a town scale that can then be applied in places across Scotland and beyond.

This is the place to keep up to date with all Architecture and Design Scotland’s work.