Read more about Rosefield, a private house shortlisted for the RIAS Best Use of Timber Award 2015. 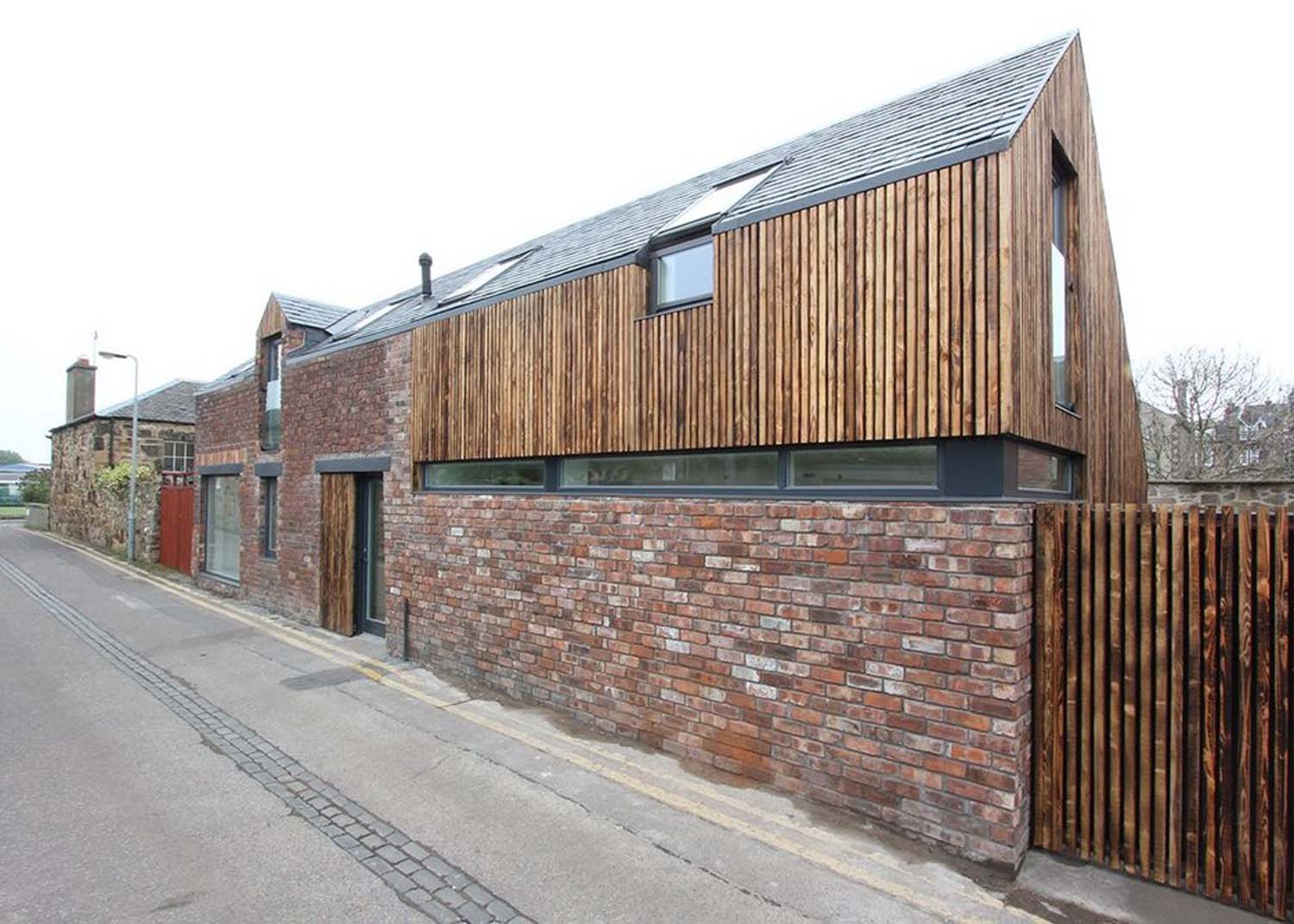 The project at Rosefield Avenue Lane is a refurbishment and extension in the conservation area of Portobello. The existing building was converted from a small stable/coach house in the mid-1980s to form a one-bedroom dwelling.

This project sought to save this deteriorating property and sympathetically extend it to secure its future as a desirable family home for generations to come.

Download this case study to take away key learning and project information from Rosefield.

Respecting the character of the building was a priority. The architects aimed to minimise alterations to the principal elevation by retaining as much of the existing massing and working with existing openings as much as was reasonably practicable.

Ground floor levels and the limitations placed on the internal layout prohibited the use of the existing garage door as a new entrance, so this intervention reinstated the original opening on the south-west elevation to create a new front door.

This move substantiated the existing building as the dominant element and rationalised the internal hierarchy. Principal rooms are accessed from a central hallway and allow the building to work efficiently in plan and section, making the most of the narrow and low existing building. 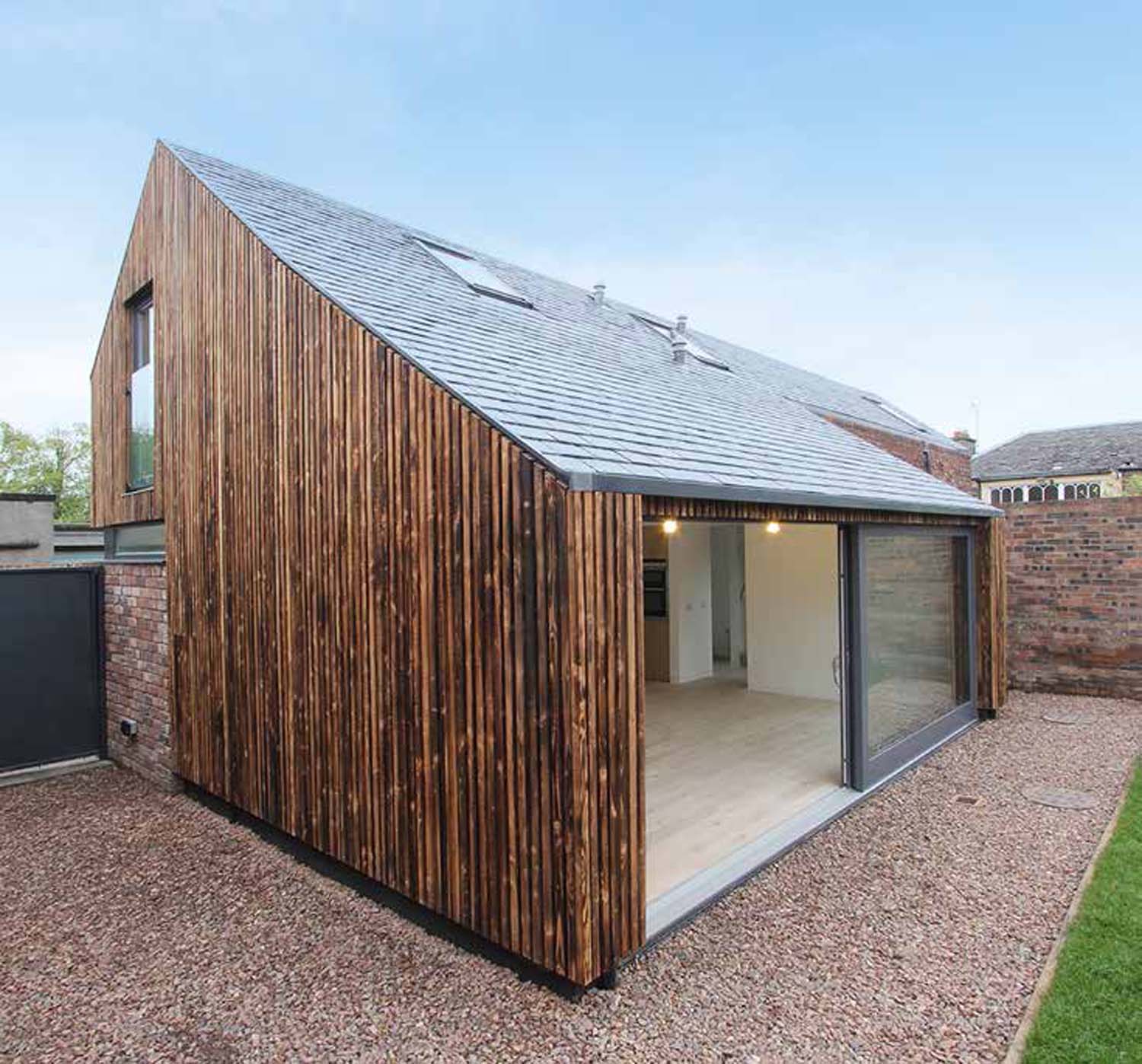 Rosefield: a side view from private car parking space

Scorched timber slats up to the roof of the house. Image credit: Matthew Johnson / A448 Ltd

Materiality was a key consideration. While the architects wanted to retain and include the existing boundary wall brickwork in the new design, they were conscious that another material added to the palette should give a clear identity to the extension.

When carrying out alterations to any building, the architects believe that it is important to allow its story to continue. They chose larch cladding not only to distinguish new elements, but also to reference timber stable doors that formed a significant portion of the building’s principal elevation.

Historically this building was also used as a coal merchant’s yard. The blackening of the timber loosely reflects the former life of this unique building.

The decision to scorch the timber was also functional and will serve to increase the longevity of the larch. A side effect of this is that it also highlights the patterns and texture of the wood grain, and each larch batten has a completely different texture to its neighbour.

The use of subtle insertions of matching timber within the existing elevation further harmonises the new and the old and contributes to the building being read as a considered whole. 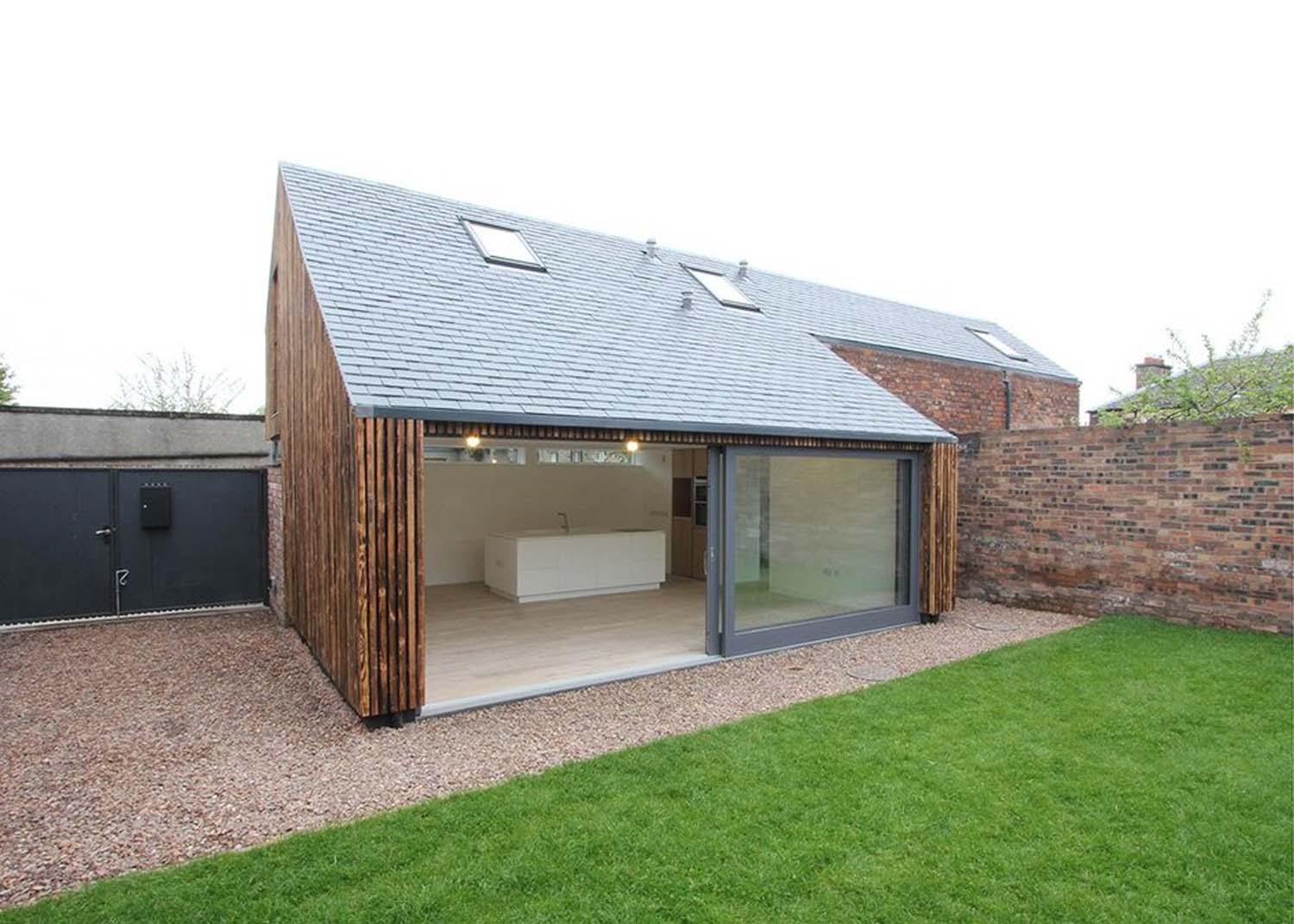 A library of sustainable building materials

Our website includes a web-based resource that showcases sustainable, traditional, innovative, recycled and low carbon building materials. If you are looking for inspiration or information on different types of materials to consider for your project, visit our materials library.