A short case study on how a community was brought into the conversation about their place. 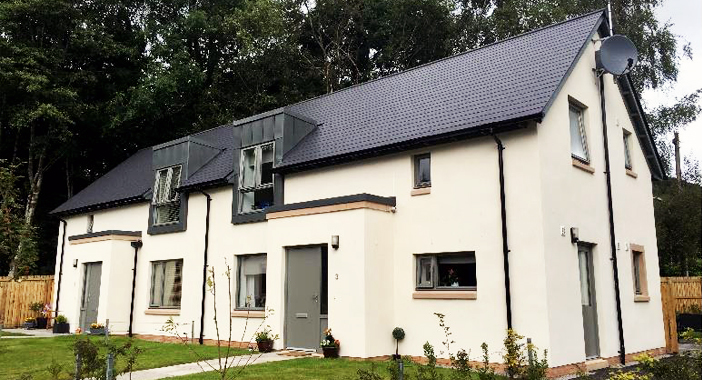 RDFs show how policies are applied or varied to shape development for that area. In line with the place principle, this approach encouraged proactive community engagement from landowners and developers to get certainty over what could be accommodated in their area.

Download this case study to learn how a planning authority can influence place quality through local plans and spatial strategies.

The LL&TNP Performance Framework of 2015-16 advised two areas where Rural Development Frameworks (RDFs) should be used to pilot approaches for guiding and facilitating appropriate development.

Rural Development Frameworks highlight development opportunities and constraints. They identify where it might be appropriate to vary from National Park wide criteria-based policies on housing, tourism or economic development in the countryside – either to be more restrictive or more flexible. The approach helped the coordination and delivery of sustainable development in local circumstances.

LL&TNP held consultations with communities, landowners and businesses. Here, they found a shared desire to broaden a spatial dimension to the area planning and to coordinate development in the area more cohesively. Others requested detailed guidance on what appropriate development might be, and areas where development may be acceptable.

“The process for the two areas (West Loch Lomondside and Buchanan South) was different as local circumstances differed. In West Loch Lomondside (between Inverbeg and Balloch including Luss) the main landowner, Luss Estates, had already started a process of looking at all their land holdings and held their own community and stakeholder workshops led by their appointed architect, Page | Park Architects.

“Luss Estates were seeking to address the issues in the area: the ageing demographic, the car parking, limited and poor quality retail offering and threatened closure of the village school so that the village could become a sustainable thriving place.”

An appointed planner and architect held two workshops in the Buchanan area: “The two-hour workshops, organised and led by the Park Authority, included members of the community but also representatives from Montrose estates as a main landowner, Rural Stirling Housing Association and the community council. The current development proposals and other aspirations where discussed in the first half of the workshop followed by discussions of how the area could change/develop in the next five to ten years… Following the workshops, a headline paper was produced by the consultant, finalising their guidance before formal consultation.”

The RDFs (both published in June 2017) are now part of the Local Development Plan and adopted as Statutory Supplementary Guidance. The frameworks create certainty for landowners, investors and communities on the types of development that could be accommodated.

The RDFs feature a map that illustrates the area covered by the guidance, highlighting the special characteristics to be protected and/or enhanced as part of the design of any development proposal.

The Frameworks show proposals for partnerships to work together on developments. With this, the framework shows where small windfall development and conversion opportunities would fall below the size threshold for an identified development opportunity in the Local Development Plan.

Impact of the Rural Development Frameworks

Since the adoption of the RDFs there has been a greater co-ordinated approach between all stakeholders taken in the delivery of sustainable rural development proposals within each of the two Rural Development Frameworks.

A better relationship has been created with the estate and has aligned many of their aspirations with those of the community, the Park and other stakeholders such as the council.

In Luss, many applications have been submitted and have been or are being processed for affordable housing in a mixture of locations, as well as for a village green, retail units, and a new car park. So far, five affordable homes have been developed on the ground as part of this package of proposals.

The community council has referred to and has used the document when commenting on planning applications as they feel that they are in a strong position to accurately represent the views of local residents.

Affordable housing has been approved at allocated sites and work on the cycle/pedestrian connection between Drymen and Balmaha is partially completed. It has also helped deal with infill development pressures in Buchanan estate where the framework has clear guidance as to what is appropriate.

Rural Development Frameworks could be applied in other rural areas to help communities, businesses and landowners develop a shared vision for an area. The RDF model suggests an approach to develop Place Plans.

Positive feedback on RDF’s hails the increased certainty they provide. It helped the communities feel less vulnerable to ad-hoc development proposals coming forward that would have been assessed against criteria-based policies in the Local Development Plan.

Since the adoption of the RDFs there has been a greater co-ordinated approach between all stakeholders taken in the delivery of sustainable rural development proposals within each of the two Rural Development Frameworks.

See our full module for Place skills for Housing

The right skills are important to making this work. We know there are many motivated professionals who want to lead the way with the right support.

The Place Skills for Housing series offers three concise, easy to follow modules on Locating, Briefing and Influencing for Place Quality. Each module includes basic placemaking principles, practical steps and a suite of resources and case studies to help apply the learning.