We need to talk about toilets! 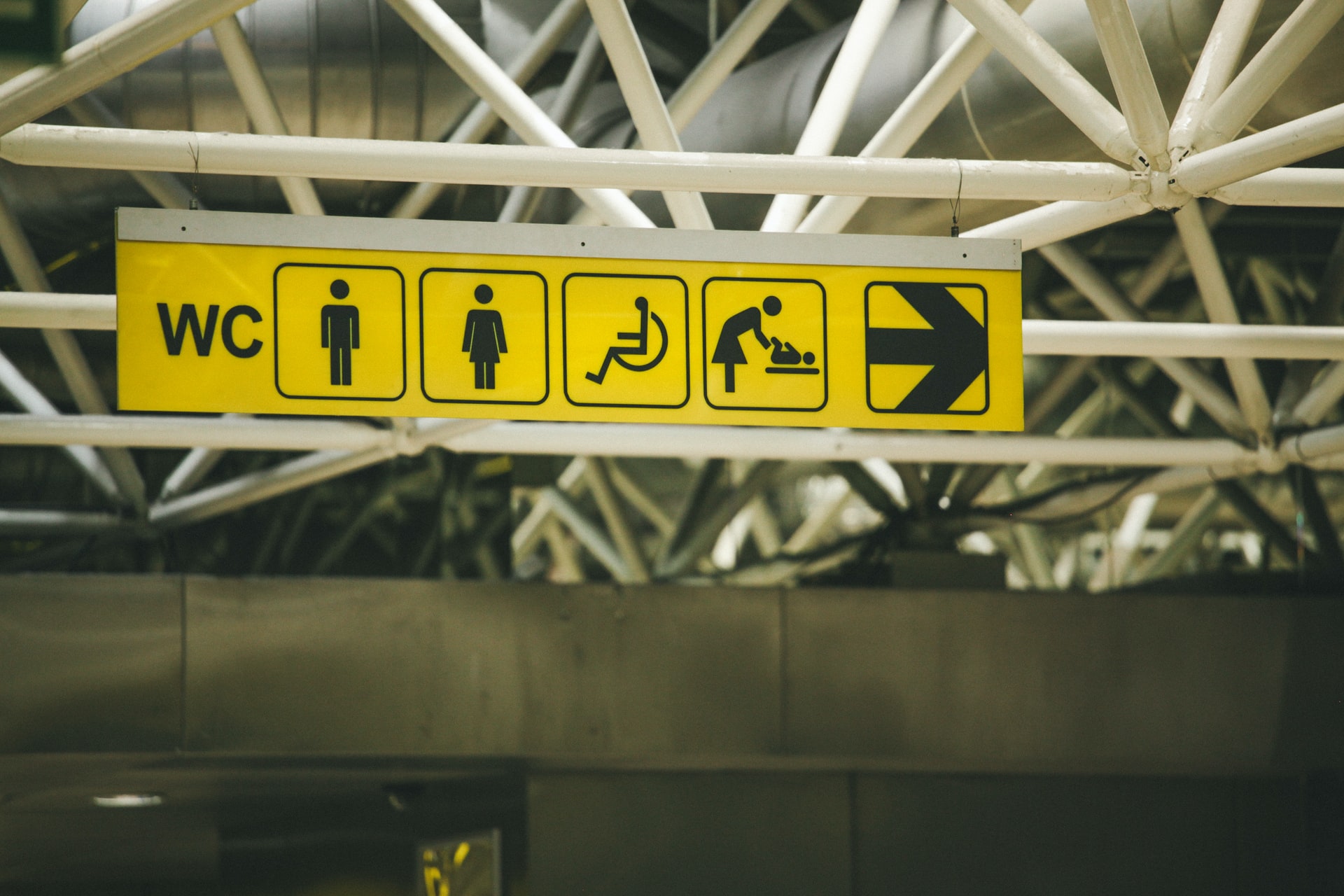 We need to talk about toilets!

We are developing and inviting a conversation on town centre living and a caring place through our social media channels and on this website. These conversations touch upon the ten principles of a caring place, as seen on the report. This blog comes from Sue Evans, Board Member of A&DS, and looks at principle seven: accessible and diverse amenities and services.

Being a woman, queuing to use public toilets is a way of life; we just get used to it. Whilst queuing at a UK airport, I also noticed that the accessible (or disabled) toilet (note the singular) was also occupied with a queue forming outside made up of a wheelchair user and carer, someone with a walking stick and individuals whose disabilities were not visible.

This got me thinking about toilet provision in key public places (like stations and airports; places where we are often in a hurry and have limited time to queue) and at a time when public facilities are being closed due to expenditure cuts, putting the onus on cafes etc. to allow their toilets to be used as part of local comfort schemes.

The right toilets in the right places?

Medical advances and a more enlightened societal view on disability (especially post the London 2012 Paralympic Games) mean that greater numbers of people with disabilities are trying their best to live and work as normally as possible and to navigate their way around our towns and cities.

This is wonderful, but is toilet provision appropriate? Do we have the right toilets in the right places? Are building owners gearing up for, or being given guidance, about future provision as demand changes over time?

We also need to factor in Scotland’s growing and ageing population. Figures from the National Records of Scotland estimated Scotland’s population in 2017 as being around 5.42 million with just one in five people (or 19%) being over aged 65.

Facilities fit for everyone

Why is age a factor in respect of accessible toilet provision? Well, whilst statistically we will live longer the likelihood is that for many of us those additional years may not be years of good health.  We are likely to be at best frail and more likely living with one or more illnesses or a disability which impact on how we get around and how often we might need to use the loo.

So if we don’t want huge queues to become the norm, we need to be transitioning our building facilities fit for everyone regardless of their age, ability or gender. The National Trust in England, as part of their focus on Access for All, is setting an example by beginning to build in adult accessible changing rooms within their toilet facilities, for example at Croome near Worcester. This shows what can be achieved with the right attitude. You can read more about accessible toilets here.

We are developing and inviting a conversation on a caring place through our social media channels and on this website. If you'd like to share you knowledge and experiences of what it takes to design for a caring place, get in touch.